Most often found in our country are Russian tortoise, mediterranean spur-thighed tortoise and Hermann's tortoise. All of them are very modest, adaptabile and active. Mostly they nest every year in captivity. 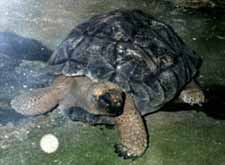 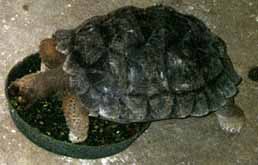 True semiaquatic turtles are box turtles (sometimes called box tortoises). The name was given on their look - they use to defend themselves by covering their soft parts with the movable shell blocks on both front and back - it makes a very nice box.

A pair of semiaquatic Indochinese boxturtles (Cuora galbinifrons) in the picture. Female at left, male at right.